Storzer & Associates is proud to announce that Eric Treene will be joining our legal team, protecting the First Amendment rights of religious organizations and individuals.  Mr. Treene, a Harvard Law graduate, joins S&A following two decades serving as Special Counsel for Religious Discrimination in the United States Department of Justice.  Within his role, Mr. Treene developed and oversaw the Department’s enforcement program for RLUIPA.  Among his many other activities in this field, he has testified before the U.S. Senate on religious hate crimes, developed training programs for local law enforcement and religious community leaders on protecting places of worship, and led the Department’s efforts on protecting religious liberty rights during the height of the COVID-19 epidemic. Prior to that role, Mr. Treene worked with Roman Storzer at the Becket Fund for Religious Liberty, and was a law clerk for John M. Walker, Jr. on the U.S. Court of Appeals for the Second Circuit.

Storzer & Associates continued to defend religious freedom for churches, synagogues, mosques and temples in 2017, with several significant court decisions and settlements.  Protecting religious organizations' rights under the Constitution, RLUIPA and the Fair Housing Act remained a priority for the firm.  Some notable events of the past year include: 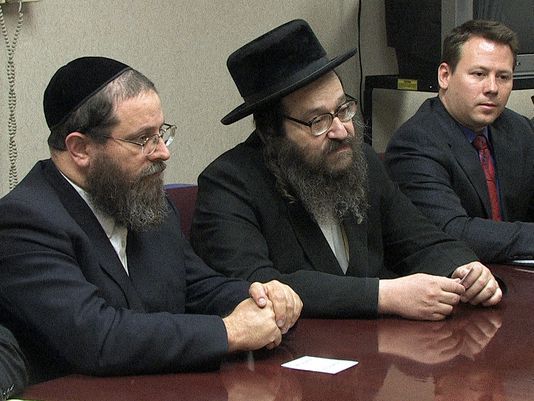 [The court] found the village defense of its laws lacking, and that Tartikov's attorneys showed certain aspects of the zoning were "enacted for an improper, discriminatory purpose" and therefore invalid. "The defendants construct an interesting theory, for that is all that it is," Karas said. "They have no evidence to back it up. In any event, none this theorizing changes in any way the overwhelming evidence of discriminatory animus, or (the) fact this law served no compelling interest."

The flaw in Defendants’ reasoning is that Local Law No. 5 of 2004 was not adopted in a vacuum; other events that occurred around the time of adoption undercut Defendants’ position. For example, the same Board that voted in favor of Local Law No. 5 and disclaimed a discriminatory purpose also voted to challenge Ramapo’s ASHL because it was allegedly passed “to secure for one religious community a unique and significant zoning benefit.” . . .  That religious community was Orthodox/Hasidic Jews. It is unsurprising, then, that Local Law No. 5 was designed to prohibit the exact same type of multi-family housing permitted under the Ramapo ASHL. . . .  In any event, none of this theorizing changes in any way the overwhelming evidence of discriminatory animus, or the fact that this law served no compelling interests. . . . In light of Defendants’ failure to provide any credible justification for the passage of the Wetlands Law, or even explain what purpose it serves, the Court is left to conclude that the law was enacted to thwart Tartikov’s proposed rabbinical college.

The discriminatory nature of the Challenged Laws bolsters Plaintiffs’ substantial burden claim. See Fortress Bible II, 694 F.3d at 219 (“[W]hen the town’s actions are arbitrary, capricious, unlawful, or taken in bad faith, a substantial burden may be imposed because it appears that the applicant may have been discriminated against on the basis of its status as a religious institution.”); WDS II, 504 F.3d at 350 (“The arbitrary application of laws to religious organizations may reflect bias or discrimination against religion.”); id. at 351 (“Where the arbitrary, capricious, or unlawful nature of a defendant’s challenged action suggests that a religious institution received less than even-handed treatment, the application of RLUIPA’s substantial burden provision usefully backstops the explicit prohibition of religious discrimination in the later section of the Act.” (internal quotation marks omitted)); see also Sts. Constantine & Helen, 396 F.3d at 900 (“If a land-use decision . . . imposes a substantial burden on religious exercise . . . and the decision maker cannot justify it, the inference arises that hostility to religion, or more likely a particular sect, influenced the decision.”). As discussed above, Defendants have failed to offer a credible justification for the Challenged Laws, suggesting that their only purpose was to single out Tartikov and other Orthodox/Hasidic land uses.

Eric Treene, Senior Counsel, has been selected as a 2022 recipient of the Free Expression Award from the Freedom Forum Institute. The nonprofit organization, which operates the First Amendment Center and Newseum Institute, recognizes “outstanding champions of free and fearless expression.” The award presentation is scheduled for April 28, 2022 at The Anthem in Washington, D.C. More information can be found here.

In Hunt Valley Baptist Church, Inc. v. Baltimore County, Maryland, (D MD, Oct. 17, 2017), a Maryland federal district court held that a Baptist church can proceed with challenges under RLUIPA as well as with Free Exercise and Equal Protection challenges to the county's refusal to grant it a special exception under its zoning laws to allow construction of a place of worship and related facilities.

In my view, the Church has stated a substantial burden claim under 42 U.S.C. § 2000cc(a)(1) because it has plausibly alleged that it had a reasonable expectation that it could build a house of worship on the Property if it satisfied the conditions. Moreover, the Church alleges that it complied with all of the objective standards under BCZR § 502 .1 for the grant of a special exception. And, as demonstrated by the administrative record, the ALJ and one Board member agreed that the Church met all nine requirements, at least as to the portion pertaining to the construction of the structure.

10/08/2017: Governing Body Commission of the International Society for Krishna Consciousness successful in action to retain control over New York temple

The longstanding rule enunciated by the United States Supreme Court in 1871 is that civil courts must defer to the determinations of a hierarchical religious institution's highest ecclesiastical body. Watson v. Jones involved a religious property dispute over two rival factions who sought control of a church property in Louisville, Kentucky. 80 U.S. at 681. . . .  Guided by the foregoing principles in the instant dispute, we find that ISKCON is a hierarchical religious organization and shall apply the neutral principles of law doctrine to resolve whether the Plaintiffs are entitled to use, control and possession of the Freeport Temple property.

Accordingly, insofar as the Plaintiffs seek a declaration as to membership within ISKCON or whether the GBC acted appropriately in expelling the Defendants and appointing new trustees, this Court shall defer to the resolutions passed by the GBC in 2005, 2006 and 2008.

As part of a settlement over allegedly discriminatory zoning decisions announced by federal prosecutors on Tuesday, a suburban Philadelphia municipality has agreed to allow a local Islamic group to move ahead with plans to construct a mosque.

"The Bensalem Masjid is very pleased that a solution could be achieved, and looks forward to building a place of worship that can serve its members and their children for generations to come," Manzoor Chaudhry, a spokesman for the group, said in a statement.

02/16/2017: Federal court rules in favor of Congregation Kollel in its suit against Howell Township, N.J., permits most claims to go forward

The court rejected the Township's argument that the congregation must apply for a variance before it can challenge the land use regulation at issue:

Plaintiffs have suffered an immediate injury. This element is easily satisfied since Defendants, based on Plaintiffs’ allegations, were motivated by a religious animus to deprive Plaintiffs of their right to free exercise of religion by imposing land use regulations that violate multiple sections of RLUIPA. If true, Defendants’ alleged discriminatory conduct has caused an immediate and tangible injury; in that, Plaintiffs were prevented from erecting a yeshiva gedola and mesivta on the Ford Property. In that regard, to subject Plaintiffs to an additional variance process would only seek to amplify the harm.

A discrimination lawsuit against Howell Township filed by an Orthodox Jewish group seeking to build a school with dormitories can move forward, a federal judge ruled.  At issue in the lawsuit is whether Howell's zoning officer and zoning board denied the Lakewood-based Congregation Kollel the right to build a school because of its religious affiliation. The lawsuit was filed in the U.S. District Court of New Jersey on May 5, court records show.